Lately, I’ve been on a kick of knitting some fairly large projects.  I started the trend by knitting what was intended to be a tunic – it turned into a full-fledged dress.  I used the top portion of the Coachella pattern [Knitty,  Summer 2007], along with some improvised inspiration from the Liesl tunic.  I knit it up in Handmaiden’s Flaxen; the main colorway is Vintage, the accent is Violetta. 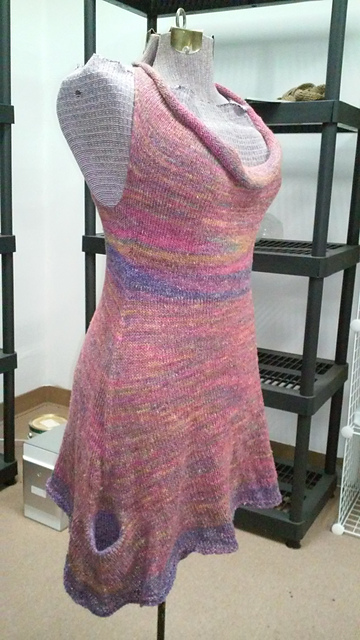 I absolutely love the result!  Then I moved on to a sweater.  I followed the Iced sweater pattern for the most part, making some small changes here and there to accommodate my gauge and added length in the body and sleeves.  I used a discontinued Fleece Artist yarn called Scotia Silk, but I think Fleece Artist’s Big Blue would be an excellent substitute. 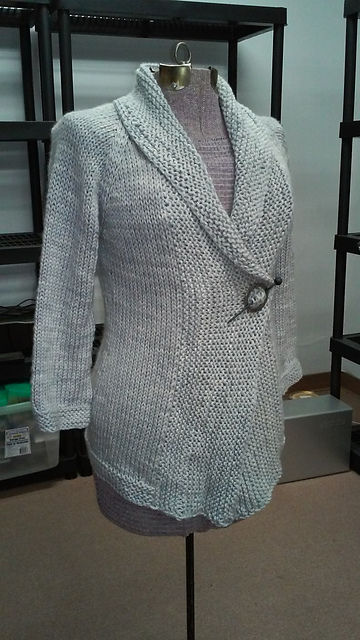 And finally, I knit a giant scarf/wrap/shawl in Fleece Artist’s Goldiehair.  I started with a figure-eight cast-on in the center, then knit outward using raglan increases.  I finished off with a garter stitch border on all four sides.  I used just a touch over one skein, and next time would use just the single skein.  The finished size is 2′ x 6′.  And it’s just unbelievably soft! 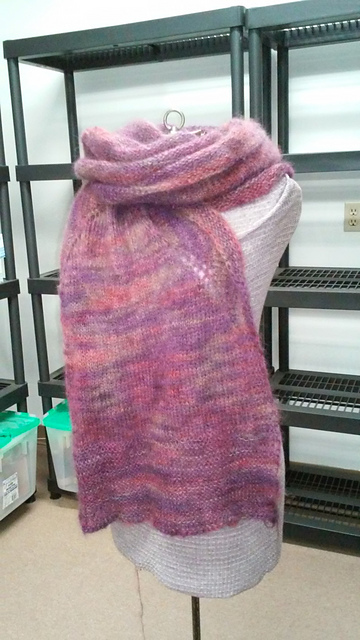 Intermixed with all of these beauties I’ve made several hats, some cowls, and two other shawls.  My needles have been busy!!!  And I’m still hungry for more large projects.  To that end, I’ve stumbled upon a blanket project.  Yes, folks, a blanket.  I may be experiencing a lapse in good judgement.  But I just can’t help myself. 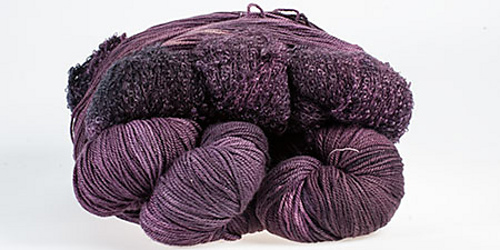 This kit, by Fleece Artist, uses 1000g of BFL Aran and 750g of Curly Locks.  That’s a lot of knitting!  Tonight, I’m setting up my swift and ball winder and preparing for a lot of winding.  I’ll let you all know when I come up for air 🙂