In a previous post, I showed you all a small swatch of a project I was working on.  Just like this: 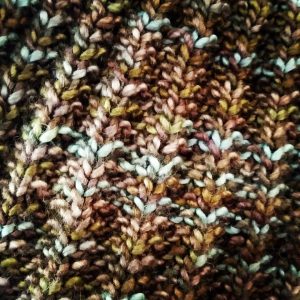 Well, I’m finally done with the project!  It was almost two years in the making, because that’s how I roll.  I knew from the beginning what yarn I wanted to use, how I wanted to incorporate two colorways, and the stitch pattern I wanted to feature.  I just couldn’t figure out how I wanted to finish the piece. 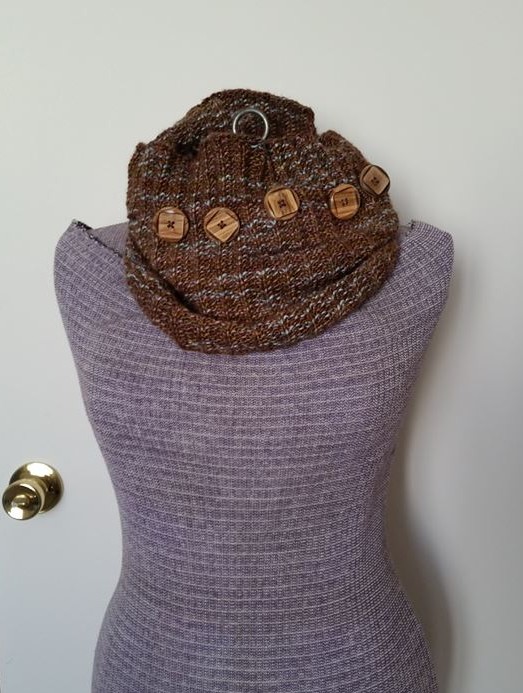 Then it hit me: buttons and buttonholes could turn an easy-to-knit piece into a much more interesting-to-wear accessory!  And there you have it, the Laramie Cowl.  It can be worn close to the neck, looped twice around, with a necklace of buttons to frame the face. 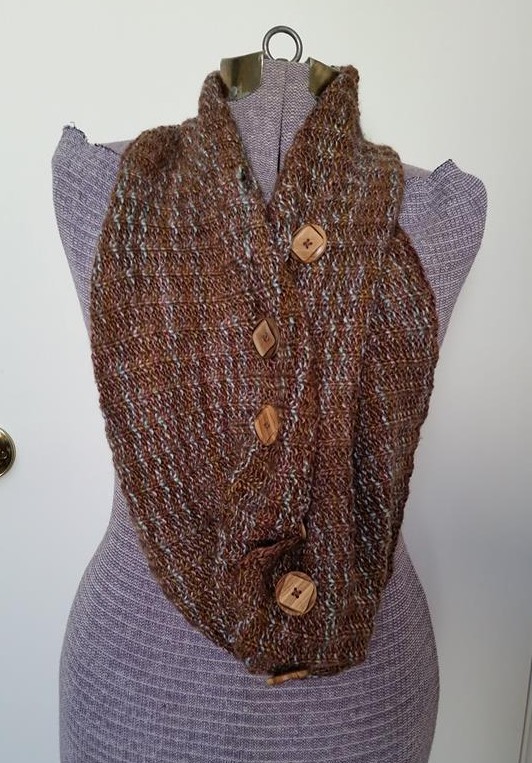 It can also be worn long, as just a single loop.  Using the buttonholes, you can keep it closed, warm and snuggly.  Leaving the buttons undone allows the loop to open up and move with you.  Either way, it’s great with a jacket or over a nice shirt. 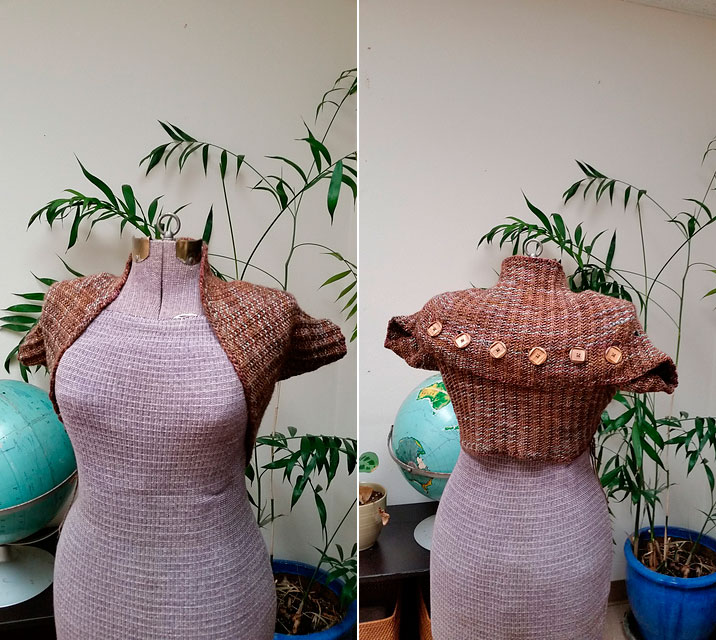 And finally, it can be worn as a shrug!  Obviously, it looks better on a model with arms than without, but it’s super hard to take a photo of yourself from any distance 😉  To adjust for size, you simply cast on more or less stitches at the beginning. 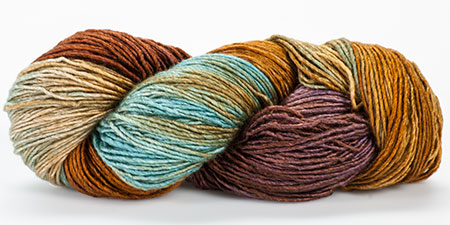 I used two colorways of Hand Maiden’s Silk Maiden, one highly variegated with a lot of contrast and the other only mildly variegated, with subtle contrast in colors.  I used Bronze and Walnut (shown above); the Bronze is no longer a current colorway, but could easily be substituted with Cinnamon (shown below) for a super close match. 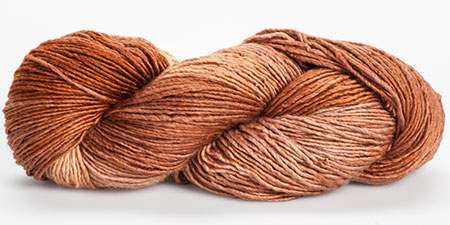 I alternated the colorways every other row so that I could get a more subdued overall effect while still including quite a bit of color variation.  I’m pleased as punch at how the whole thing turned out!  What do you think?